Kansas City features a striking Downtown District that rests near the scenic confluence of the Kansas and Missouri Rivers. 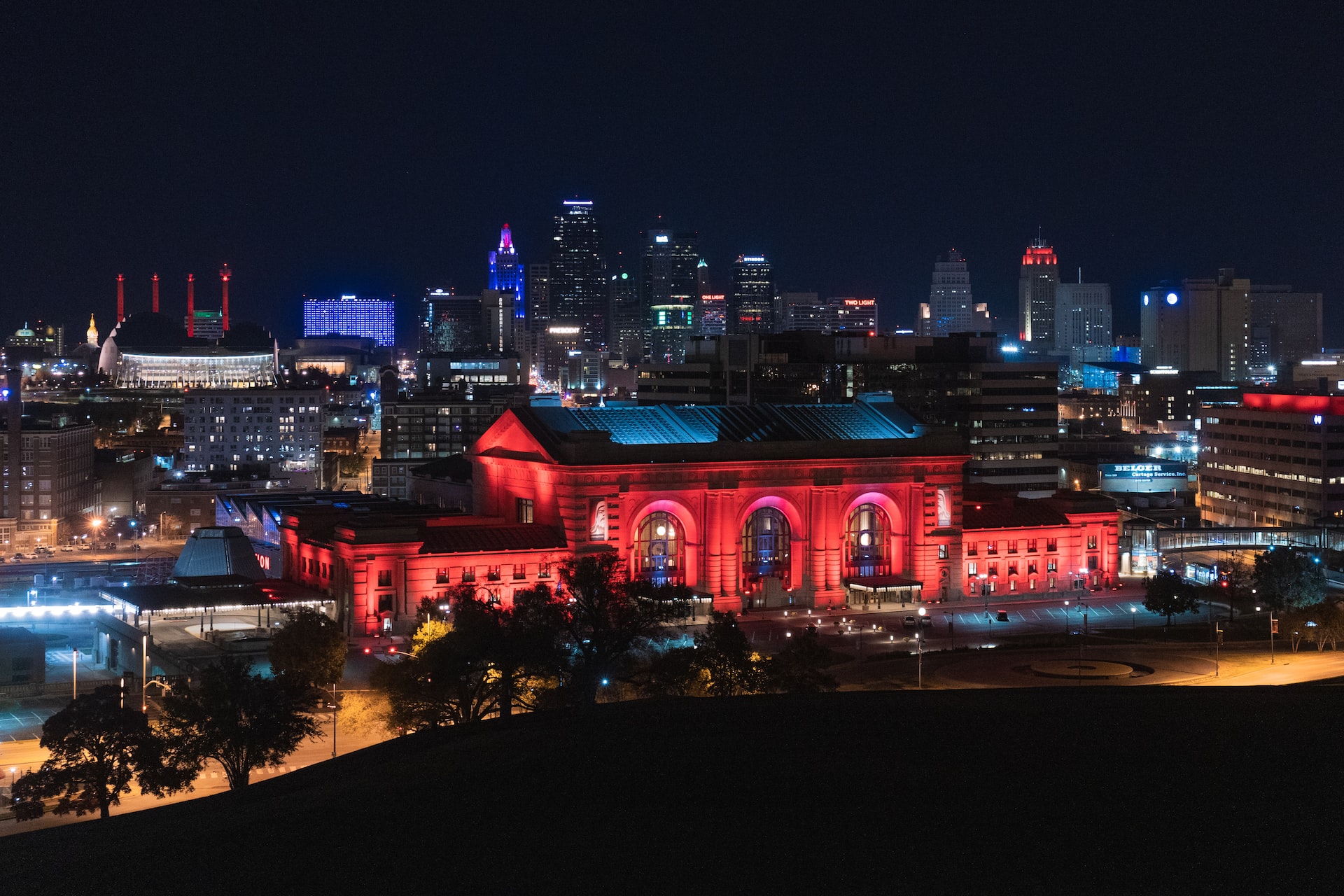 This radiant city known as the New Midwest pulses with unbeatable hometown pride, fostered by its creative spirit
An effervescent dynamism saturates the entirety of Kansas City, Missouri’s most populated city known for its rich history and eclectic culture. Urban through and through, the glimmering skylines of Kansas City beckon to visitors, promising a bounty of good eats, fresh entertainment, and innovative lifestyles.
From its position pressed against the Kansas-Missouri boundary, Kansas City features a striking Downtown District that rests near the scenic confluence of the Kansas and Missouri Rivers. The city is a historic core within the larger metropolitan area and was incorporated in 1850. An epicenter for the arts and culinary development, the city is responsible for major Jazz movements as well as the classic Kansas City Style barbeque and Kansas-City strip steak.
The city’s considerable size allows for a great diversity of residential real estate options, in which variety is found in both architectural styles as well as home types. Close to Downtown, 19th- and 20th-century architecture abound, renovated into chic lofts and apartments as well as stunning single-family homes. A large number of contemporary condos exist in the area, too. Further out and away from Downtown, spacious executive houses, luxury properties, and large lots make for more rural living.

The deep-rooted, fascinating history of Kansas City serves as a base for its modern palette of interesting features. Internationally recognized museums and galleries sit side-by-side with award-winning restaurants and lively jazz bars. Upbeat and whimsical, Kansas City keeps residents on their toes. Kansas City is also referred to as the City of Fountains due to its more than 200 registered fountains beautifying the entire city.

Start your day in Kansas City off right by hitting up the Made in KC Cafe and Taproom for a vitalizing cup of expertly roasted espresso. More than just lattes and comforting teas, the Made in KC Cafe and Taproom serves evening cocktails, fine wines, and after-dinner craft brews.
After fueling up, shoppers and retail enthusiasts will find a treasure trove of options at their fingertips. Just south of Downtown, the Country Club Plaza brags 15 blocks of shopping and dining, all set within picturesque, architectural gems. Among the 100 stores, upscale brands and designer names like Coach, Michael Kors, Madewell, and Free People will keep locals outfitted in the best of fashion.
If that’s not enough to satiate the urge for retail therapy, there’s the nearby, historic Brookside Shops. Established in the 1920s, Brookside is the city’s first suburban shopping district. Local luxury is the focus at Brookside, and visitors to the center are often delighted by the distinctive finds. Finish up your busy day with a taste of quintessential Kansas City barbecue at Joe’s KC, world-famous for their sauce-slathered ribs and irresistible smoked meats.

Kansas City offers so many chances for entertainment and connection that it’s difficult to know where to begin. One of the city’s biggest appeals is its plenitude of arts-oriented venues and events. Each year, the Plaza Art Fair draws over 250,000 visitors with its massive 9-block festival replete with local exhibitors, vendors, and live music. On the first Friday of every month, The Crossroads Arts District puts on the First Friday art event, in which visitors are treated to displays and creations from global and local artists.
For a sublime experience, performances at the landmark Starlight Theatre are a must. This gorgeous outdoor venue sets the stage for captivating Broadway shows and other live entertainment, while the Starlight as an institution remains dedicated to expanding education for the arts.
The Starlight Theatre also rests within the city’s most expansive green space, Swope Park, a treasured amenity for all residents and visitors. The park contains sweeping hiking trails through unspoiled meadows, a coliseum-style bandstand, tree-top zip-lining, and even the popular Kansas City Zoo.

Kansas City is home to a number of excellent schools. Top educational opportunities include: